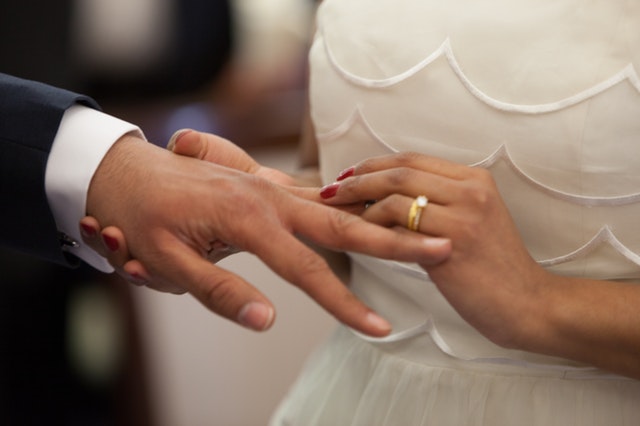 With increased longevity comes more time for romance, which is a happy event for seniors. However, what can you expect if you decide to go ahead and marry again? It’s a little more complicated this time around, says Delco Times in the article that asks “Does it make financial sense to marry a second time?”

There may be issues from religious or personal beliefs. There may be challenges from family members, and concerns about the financial realities of a later-in-life marriage. There are definitely legal issues that need to be considered. Make sure to have good legal and financial advice, so that both members of the couple are making an informed decision.

Before making a decision about marriage, have a thorough discussion about finances. Are you financial equals, or does one of you have far more assets than the other? Is one of you mired in debt? Be extremely clear and honest about assets, liabilities, credit card debt, outstanding loans, and any financial obligations.

Are both people open to having a pre- or post-nuptial agreement? If you have established a business or accumulated assets in your own name, you’ll want to be very clear about who will own what in the event of a divorce or when death occurs. If you have children from a prior marriage, how will you protect them, if you should die before your new spouse?

Note that marriage does not signal an end to written agreements, which can be revised as the need arises. However, if someone refuses to sign a pre-nup, don’t count on your powers of persuasion to convince them to sign a post-nup. By then, it may be too late.

As for health care costs, that is a real consideration for later-in-life marriages. The government does not recognize a pre- or post-nup agreement, when it comes to Medicaid rules. There are some protections for spouses, but once you marry, one of you needing to apply for Medicaid has to be considered.

There are some advantages to being married, if one of the spouses has healthcare insurance through work or through a retirement plan. If a new spouse has benefits through their service, the new spouse may have access to veteran’s benefits. Transferring a 401(k) or IRA to a spouse is also much preferred than to a non-spousal beneficiary.

Bear in mind though that if you have benefits from a prior marriage, like alimony or pension payments, you may lose those by remarriage. Social Security benefits under a deceased spouse’s benefit may end, if you remarry before age 60. Remarriage after age 60 does not impact surviving spouse benefits.

Talk to your estate planning attorney before getting married about protecting yourself and your children. It will be time well spent. If all goes well, there won’t be any drama.  If there is drama, it is better to know about it before you say “I do.”

PrevPreviousWhat If Only One Parent Is Willing to Plan?
NextHaving “The Talk” – Resources to Help You Talk About End of Life NeedsNext